New Chelsea signing Eden Hazard launched the new Nike Green Speed (GS 2) this week along with five other upcoming stars. The GS 2 is the most environmentally friendly boot available as the boot was mostly manufactured with renewable and recyclable materials. Hazard joins wingers Raheem Sterling and Theo Walcott in the launch of these speed boots. Eden Hazard has set alight the Premier League with his deadly dribbling and vision. The player is armed with explosive speed and fascinating technical ability, this Belgian plays with a unique style of football. Still only 21 the Belgian has yet to prove his peak form in the Premier League and on the international stage with Belgium.

The Green Speed II boot is the lightest, fastest, greenest edition to the Nike range as the boot weighs in at just 160 grams. Hazard is a player who can change the match at any given second will showcase the speed boots in the Premier League clash against Manchester City on Sunday. 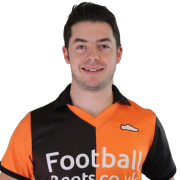