Puma’s Future Z is perfect for those looking to stay agile and deft. The boots provide an identity distinct from the speedy Ultra or the traditional King Platinum. Read on to know more about how the Future Z can help you stay in nimble on your feet.

Recent football trends have pushed knit to the backseat, years after the successful integration of the material into the mainstream courtesy of the likes of Nike Magista and Superfly IV. The Future Z remains one of the few remaining options for a pair of sock-like football boots. How well they do it and how the Future Z perform in general is something we’ll talk about in the following sections.

Which Stars are Associated with the Puma Future Z?

Ever since its launch in December 2020, Neymar has been the face of the Future Z. But he is not alone, having the likes of James Maddison, Luis Suarez, and Thiago Silva joining him in promoting the Puma boot on the pitch. Women football stars Ingrid Engen and Fridolina Rolfö are also all-in with the Puma silo.

Puma names the generation and tier level of their boots with the first number referencing the tier, so 1. is the top-end model (Elite), whilst the second number is the generation, so .4 in this case means the fourth-gen Future Z.

The Puma Future Z boots are headlined by Neymar Jr. just like their football star, the Future is centred on the concept of agility.

Puma make their Future Z with women’s feet in mind & you can get them to suit the female foot shape and size. Many players wore them on pitch at the Women’s Euro 2022 tournament, when Puma launched a special pack at Liberty tied in with the female tournament kits too.

The Future 2.4 are less premium than Neymar’s boots, but the two still have that quality feel nonetheless and made even more attractive by its significantly cheaper valuation. It retains the Fuzionfit compression band, Dynamic Motion System tooling, and forefoot texture, but the upper in general is synthetic-based with plenty of padding on the inside.

A thinner knit upper with a cheap nylon liner and a more solid and weighted feel to the TPU soleplate. The budget Future is where the price decrease is noticeable because of the durable synthetic upper, as opposed to the high-performing knit material found on the top Future tiers. Fuzionfit is still on the arch of the midfoot, but the tension it provides is significantly less felt now.

Designed for tomorrow’s superstars, these are the children’s versions of the Future Z, so players can wear boots that look like their favourite stars on pitch, but at a price point to keep parents happy.

Differences include the upper materials and the soleplate in particular, they are also typically in the smaller sizes for the young feet.

Whereas other popular boots have gone back to synthetics, the Future Z doubles down on its knitted, sock-like make. But what truly sets it apart is its own lockdown system called Fuzionfit+ that is unlike anything seen on football boots today. Fuzionfit+, while primarily laced, aims to make the boot as a laceless one at the same time.

To the 1.3, not so much. 1.4 changes only the texturing on the Advance Creator Zones, converting them to raised curved strips rather than the pointed geometric ones on the 1.3. But relative to the 1.1 and 1.2, the 1.4 has a closer fit and a wider coverage of the Fuzionfit+ band.

As far as Puma’s marketing goes, the Future Z can be worn without the laces. Whether it is viable or not as a laceless pair (not to mention the unremovable little lace loops that clutters the upper with the laces gone) is another question.

Six Things to Know About the Future Z: The Future Z has to rank as one of the most comfortable boots on the market with a sock-like feel on feet from the Evoknit of the Fuzionfit+ upper.

With everyone going crazy with synthetic speed boots or being traditional by sticking to leather ones, the Puma Future Z is a reminder why knit became part of mainstream football boots. Its advantage in comfort and socklike-sensation is sure to command a following among boot enthusiasts.

*Since the 1.4 introduced only slight tweaks to 1.3, we can consider these 1.3 review from Unisport to further get an idea about what the current gen Future Z feels like.*

Future Z vs Ultra: Which Puma boot to get?

The good thing about the Future Z and the Ultra is that regardless of which boot you get, both are way more affordable than other popular boots. It is also nice that the boots are completely different in construction and fit and feel. As mentioned a while a go, the leading football boots today are based on speed and has synthetic finishes, and the Ultra presents itself as a competitive option in this category. The Future Z, on the other hand, is all about comfort, freedom of movements, and agility. In terms of fit, narrow feet players usually go with the Ultra and those with more width opt for the Future Z.

Evolution of the Future Z

The Future silo started in 2017 and became popular for its Netfit system, allowing you to customise your lacing with its multiple lace hole options. Over time, the Future became less and less about Netfit, and in 2021, overhauled that closing system with the launch of the Future Z and its Fuzionfit, which currently informs the make of the Puma agility boot.

If you have the Future Z 1.3, you’re not missing much in the 1.4. The 1.4 simply changes the pattern of the meshed medial and the textured lateral sides of the Advance Creator Zones. Apart from that, you’re still going to get the expanded Fuzionfit+ midfoot compression band, the Grip Control forefoot coating, and the uber-comfortable sensation its sock-like build delivers.

Right out of its introduction, the Future Z is already performing above-average in terms of comfort in football boots. The first construction of the Fuzionfit system, however, is focused heavily on the midfoot, resulting in a less streamlined feel where the midfoot has all the tightness and the forefoot less restricted. In-character with Puma, the Dynamic Motion System remains the same throughout the several generations of the Future Z. 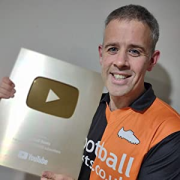