The footballing world was struck when the news broke that AC Milan forward Antonio Cassano had an ischaemic stroke in October and looked set to be out until July. However, he managed to return early to the pitch and looks set to lead Italy at the upcoming Euro 2012 manifestation.

This will be something cheered about by the Italian brand Diadora, of which he is the lead endorsee. In fact, Cassano has returned to the game in the Black / Fluo Yellow Evoluzione K Pro GX 14 football boot, featuring a water-resistant ultra-soft kangaroo leather upper and characterised by fluorescent yellow stripes along the front. 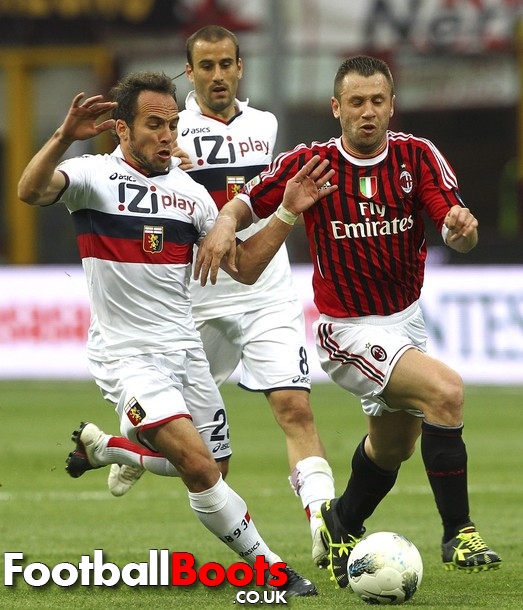 We have already seen Cassano sporting this boot on 2 occasions.

First, his introduction together with that of Kevin-Prince Boateng proved key to the Rossoneri for a win against Genoa in the Serie A last 25 April.

Furthermore, the Siena goalkeeper Željko Brkić spilled a cross from Zlatan Ibrahimović at the mercy of Cassano himself, who tapped into an empty net during yesterday’s league match at the Artemio Franchi. 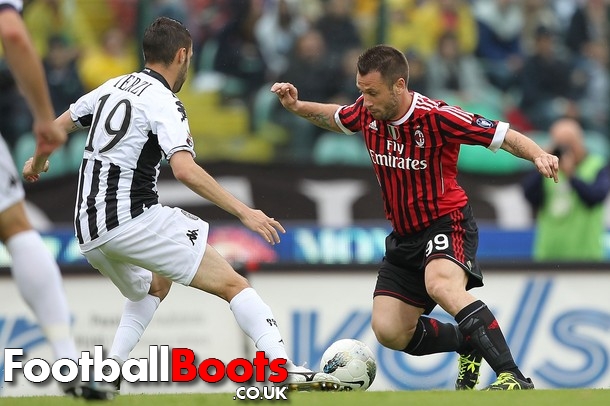 Therefore, the forward seems to be going for boots emphasising comfort, protection and performance over the speed and light weight of his previous Kobra K Pro incarnations.